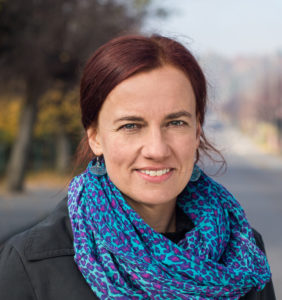 I am a cultural producer and a graduate of the Institute of Culture and the Faculty of Polish Studies of the University of Warsaw (2001). In 2010 I attended postgraduate Judaistic Studies in the Historical Institute of the University of Warsaw. Now I’m a PhD student at the Doctoral School of Social Sciences at the University of Warsaw working on my doctoral dissertation on the history of Jews in Bialowieza. I am associated with the Jacek Kuroń Educational Foundation. I was co-creator and animator of long-term cultural education programs of the Jacek Kuron Educational Foundation - Common Univeristy by the name Jan Jozef Lipski in Teremiski in Bialowieza Forest, which I co-directed throughout its operation (2002-2009). I was also the creator and producer of cultural education program for children and school youth in Bialowieza (2009-2016). In my barn, I also created a theater stage, where performances and concerts of diffrent artistic groups are presented. I’m also one of the Dialogue Leaders in the Forum for Dialogue Foundation, where I’m also a trainer at the School of Dialogue - I conducts workshops on Jewish culture and religion at schools throughout Poland, helping young people to discover the Jewish history of their towns and implement projects related to it. I received a distinction in the POLIN Award 2019 competition which is presented by the POLIN Museum of the History of Polish Jews and in 2020 "Preserving Memory" diploma awarded by The Israeli Embassy in Poland, the Michael Traison Fund for Poland, the Jewish Historical Institute in Warsaw, the Foundation for the Preservation of Jewish Heritage, the Galicia Museum in Krakow and the JCC Jewish Community Center in Krakow. I am also an editor of texts and books about art and culture, co-editor of the Lamalo magazine published by JCC in Warsaw.