There is no monument or commemorative plaque directly dedicated to the memory of the life and death of the Jews in Białowieża.

There is a memorial monument for the inhabitants of Białowieża and its surroundings who died as a result of Nazi crimes; it is located in the Podolany Gravel Pit (Żwirownia) obviously refers also to the Jewish inhabitants. 77 Jewish people who were murdered in this place are counted in the number of 485 total victims, but the plaque's inscription mentions only the death of "inhabitants of Białowieża and its surroundings". Next to the memorial there is a catholic and orthodox cross, symbolising the Belorussian, Polish and Russian citizens, yet there is no Jewish symbol.

The other places dedicated to the martyrology of the Białowieża Jews are in Belarus. 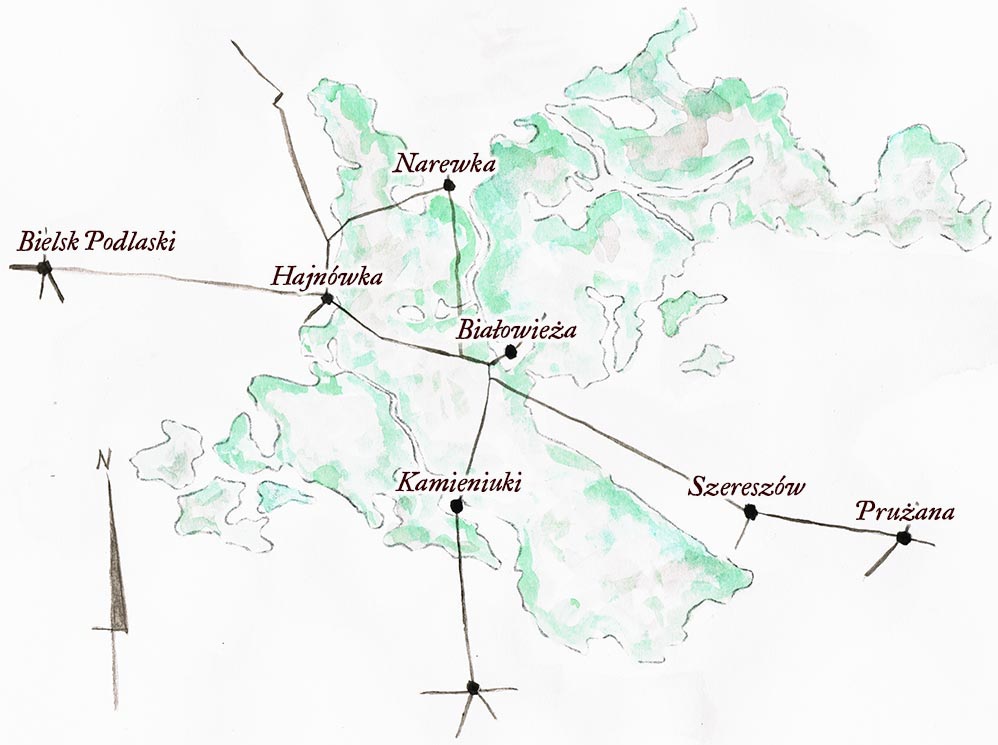