The Jewish community in Białowieża didn't have it's own cemetery in the area of the city – all of the witnesses and research papers are unanimous about that.

Jewish cemetery in Narewka, the grave of Chaim Krugman from Białowieża which died in 1920. From the left, his daughter Bejla, wife Rina, daughter Liba. The picture was made before the family emigrated in 1929. Picture from the Feldbaum family private archive.

There is no coherence about which cemeteries did the community use – for sure they were using the Jewish cemetery in Narewka during the interwar period (1918-1939). First, since 1927 the community of Białowieża Jews was formally adjoined to the newly created structure of the Jewish community in Narewka [1]. Second, we have a proof of at least one burial – the grave of Chaim Krugman who died in 1922. Chaim Krugman was from Białowieża, and his wife, Reina Feldbaum made a photograph with her daughters posing next to her late husband's tombstone, just before emigrating from Białowieża in 1929 (currently the matzevah is impossible to find). There is also information about burying the dead in Narewka in Pinkas HaKehilot. [2].

Jan Sawicki, which lived next to the synagogue, remembers that the late Jews were carried „only in white sheets” to Prużany [3], and Włodzimierz Dackiewicz reminescenses that before the war, the Białowieża Jews were buried together with Orthodox Russians and Catholics on the same cemetery, although there are no traces of Jewish graves today [4].

The 19th century Narewka cemetery, listed as a relic, is quite well researched, and most of the existing matzevahs on this burial ground were photographed, catalogued and marked with a GPS location.

There are no informations on the matzevahs about the place of birth or residence of the buried; only the name (sometimes the surname) of the dead, name of his father, sometimes (when a woman) the name of the husband, sometimes the profession. Because of that, i's hard to estimate which matzevahs in the Narewka burial ground belong to Białowieża citizens. Some of them which possibly belong to the Białowieża Jews: 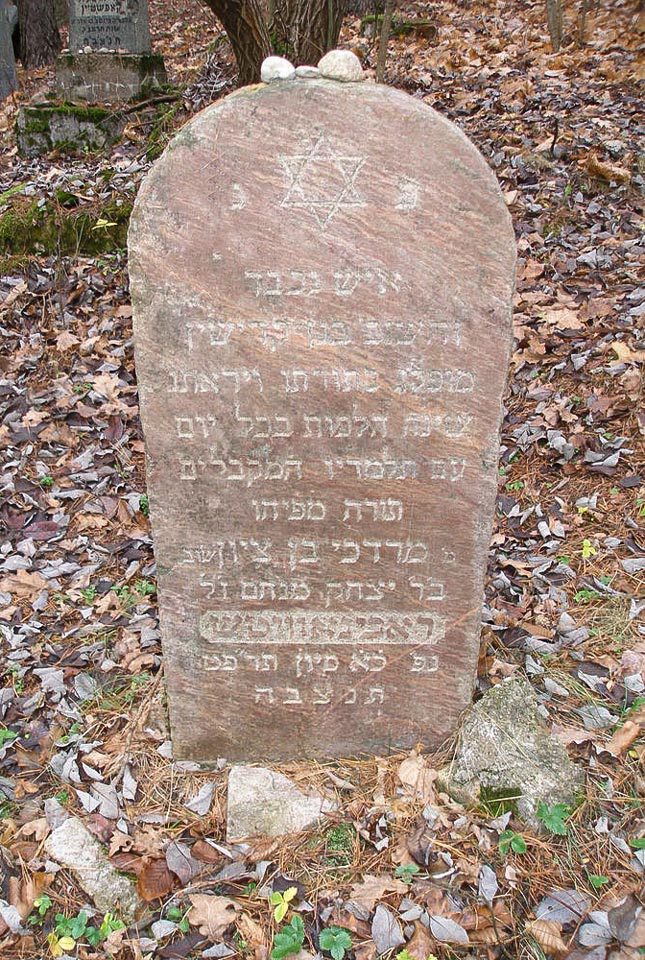 Jewish cemetery in Narewka, the grave of Mordechaj Rabinowicz, photo from the website http://cemetery.jewish.org.pl

Jewish cemetery in Narewka, the grave of Chana Sztejnber, photo from the website http://cemetery.jewish.org.pl

Before the First World War, the burials were probably made in Szereszewo, as that's where most of the Jews came from to Białowieża [5; 6]. 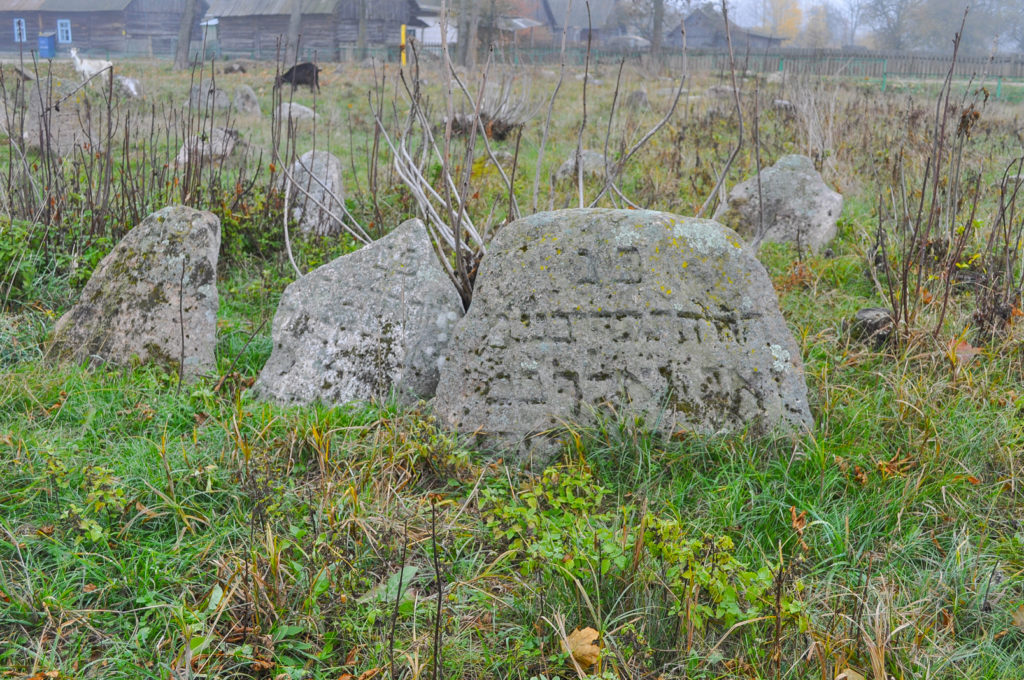 Matzevah in the Jewish cemetery in Szereszewo, 2016, photo by Katarzyna Winiarska